Technology in the Midst of Tragedy: Thumbs Up to WhatsApp Messenger 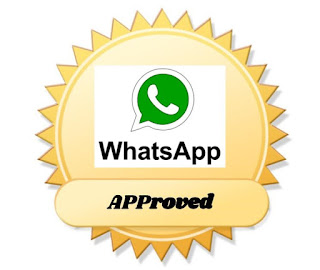 I became familiar with WhatsApp messenger several years ago on a trip to visit my family in Mexico City. I noticed that my relatives insisted on communicating through this app which sparked my curiosity. People explained to me that WhatsApp messenger was a way they could use instant messaging without the cost of expensive cellular plans and SMS services.

My family convinced me that this tool would allow for us to communicate internationally without expensive charges. Through this app we were able to have small groups of connected people. WhatsApp soon became one of my favorite apps. I started using the app when it was free but continued to pay for it when it became a paid app for only 99 cents a year because I saw good value in it. Through this app I have been able to chat with several family members at once while receiving pictures, videos, and audio. The latest version also allows for video calls when people use high end phones.

In the past two weeks, WhatsApp became the tool of choice for people affected by tragedy. On Tuesday September 19th, several regions of Central Mexico were struck by a strong earthquake. Even before I was able to sit down down at home to watch the news or listen to the radio, WhatsApp allowed me to be informed about the severity of this crisis. Message, video, and audio conveyed the story of pain, suffering, anguish, and relief by connecting families little by little. Land lines were down, electricity and water gone. Despite the chaos, families affected by this tragedy were able to track their loved ones to make sure people were safe. WhatsApp is also being used to host important community services platforms such as a neighborhood watch.

The way social media and other connecting apps are being used in the midst of tragedies reminded me of the great uses of these tools available for free or for a small cost. People's lives have been spared by the ability to communicate with the entire world. Aide has been deployed where it is most needed and families can have peace of mind connecting with loved ones online.

Posted by educatortalk at 11:13 PM

Email ThisBlogThis!Share to TwitterShare to FacebookShare to Pinterest
Labels: WhatsApp